The physical things in our homes are not static. Things tell stories - of makers, material, buyers, traders, gifts given and deals made, items saved for, longed for and cherished. At least, the things in our homes can tell these stories, if we listen.

For several years now I've been making what I call "storied" furniture. This is an example:

In 1872, one year after The Chicago Fire, a gathering of companies pulled together to create Chicago's first elevated train line. Twenty years later in 1892, the first 'Alley El' extended from Congress Ave to 39th Street - a distance of 3.2 miles.  The new 'El' provided transportation opportunity and connection to jobs that were previously unreachable for communities on Chicago's near-south side. The South Line table is a celebration of Chicago's heroic efforts to rebuild and rise from the ashes. 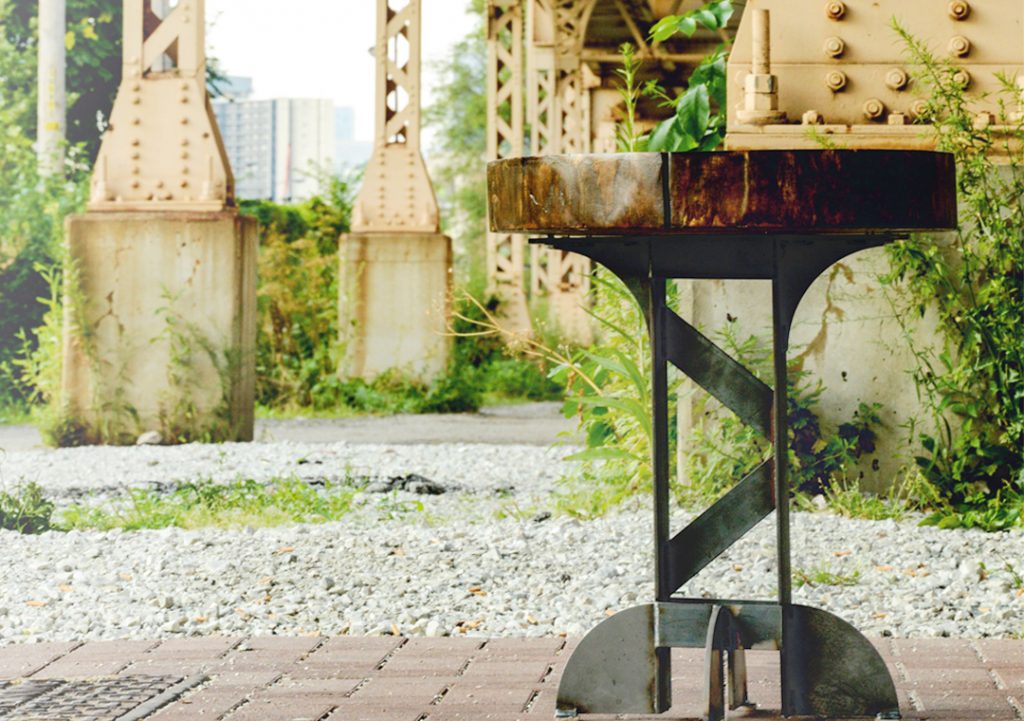 This table supports a cookie cut of midwestern Ashwood. Looking closely along the edge of the table you will notice evidence of the Emerald Ash Boring Beetle that has wrecked havoc on the species of tree. This particular slab of tree, whose rings date it back to the mid 1940's, came upon very difficult times of harm and internal destruction causing it to die in the early 2000's.

On the top of the table pictured below I engraved a minimalist design of the city of Chicago as a gift for some dear friends in Chicago. 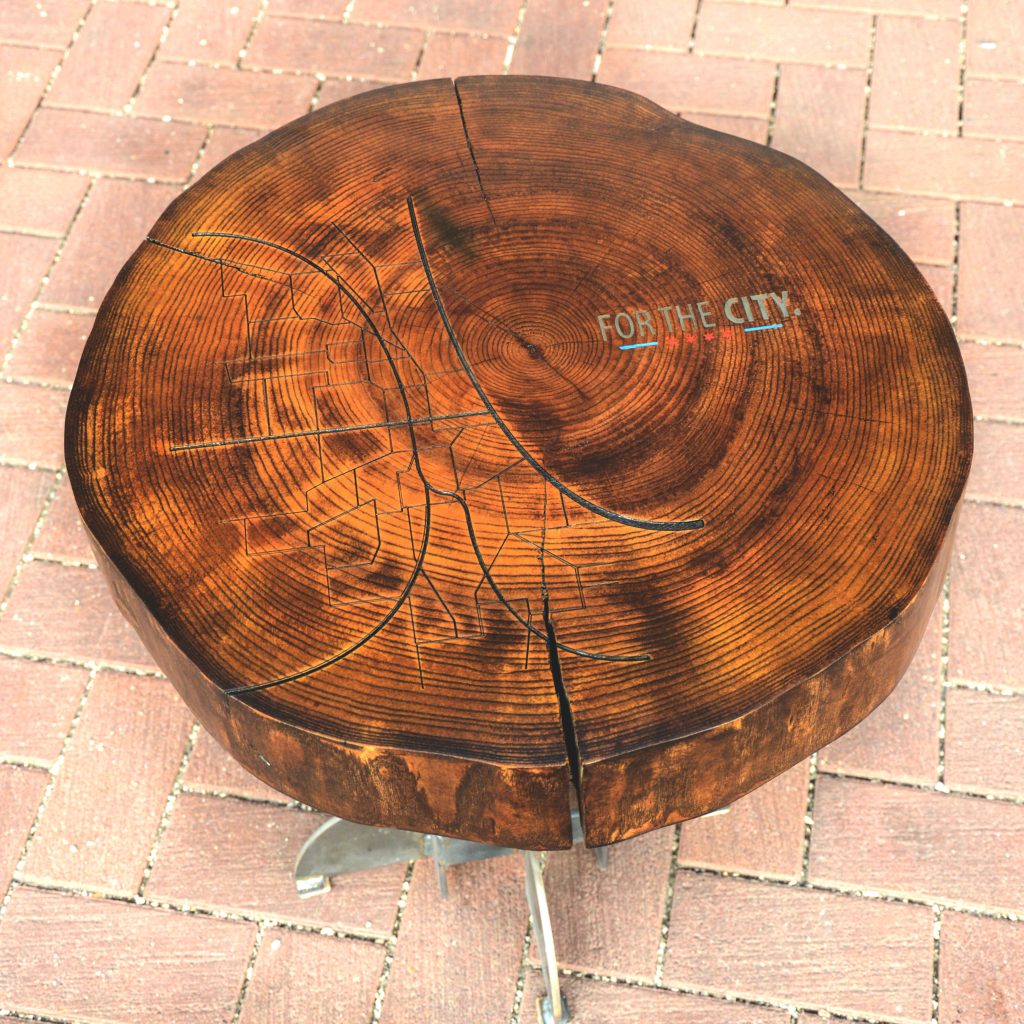 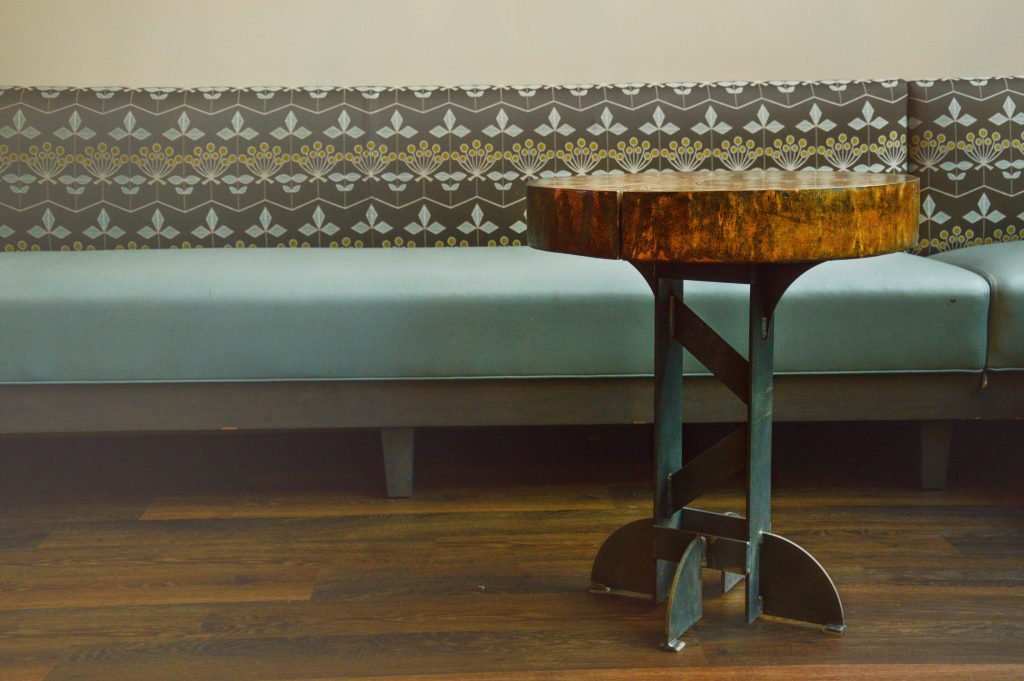